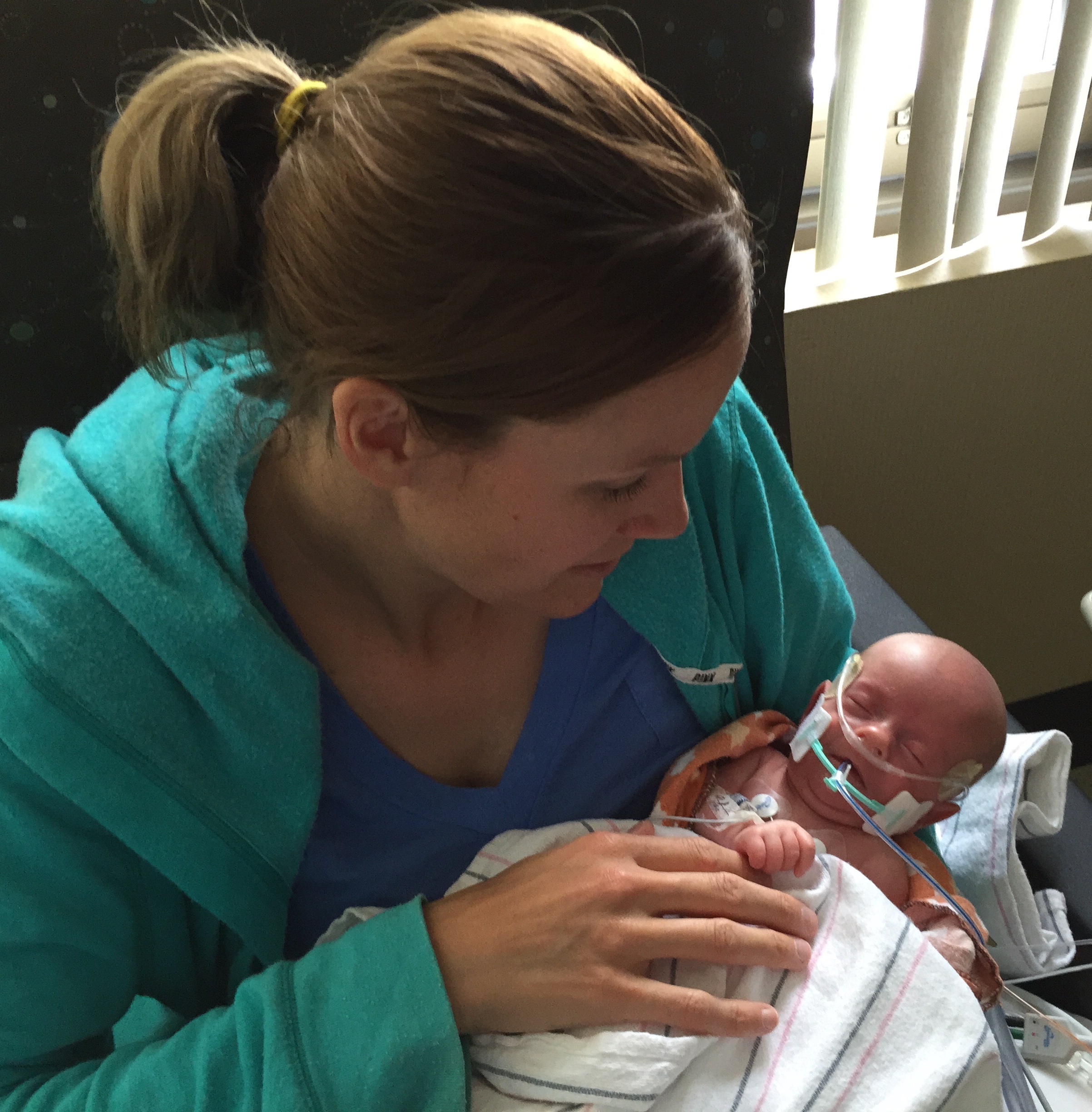 I hope your family never needs RMHC. But if you do, there’s nothing like it

I felt like I was in some kind of boxing match. I was fighting a battle for my life against pre-eclampsia and so was my newborn, Ayden. Shortly after birth, he was life-flighted to St. Luke’s Children’s Hospital in Boise to receive care at the NICU. I had to fight to get to my Ayden, he was having surgery that day and there was a room waiting for us at the Ronald McDonald House (RMH).

Pre-eclampsia had affected my uterus making its growth restricted; causing my baby Ayden to be born 6 weeks early at only 2lbs 13 ounces. The delivery doctor called him a miracle baby, lucky even to be alive. Not only was he small, but his umbilical cord was barely attached, and he suffered from a congenital condition called tracheoesophageal fistula and esophageal atresia. His esophagus had a gap so it wasn’t attached to his stomach but it was attached to his trachea; a life threatening and serious condition.

Little did we know that first day at RMH would extend to about 114 days of stay, in order to be by Ayden’s side as he fought an even bigger battle than me for his life. He went through a total of three surgeries. The first to block his esophagus from his lungs, the second (which required us to wait three months for the esophagus to grow) was to attach his esophagus to his stomach, and the third took care of his hernias. In addition he developed a condition that caused fluids to build around his lungs. This required two chest tubes and a lot of feeds through his veins.

We eventually brought the boys with us to the RMH. As a family, we visited Ayden and let him know that we were there for him. When we weren’t with Ayden we spent countless hours together as a family. The RMH provided tickets to the Zoo, Aquarium, and The Discovery Center. It was a much needed break from all the trials we faced with Ayden, as we experienced uncertainty and a lot of tears. We did more things as a family than we ever had done before. The House provided a place where we could be together and as close to Ayden as possible.

Ayden, rightfully named, means little firecracker. He has shown us how important having Family during times of healing is essential. RMH provided us a way to do that; to heal together. With their help, we are winning this battle. Ayden has taught us to find happiness in life regardless of the trials or physical limitations. He is our miracle baby. We are so happy to have Ayden with us and so fortunate to have the support of the Idaho Ronald McDonald House.

With much appreciation and love,
The Coates Family

Provide A Home Away From Home

Give today and ensure local families with sick kids have a home away from home.