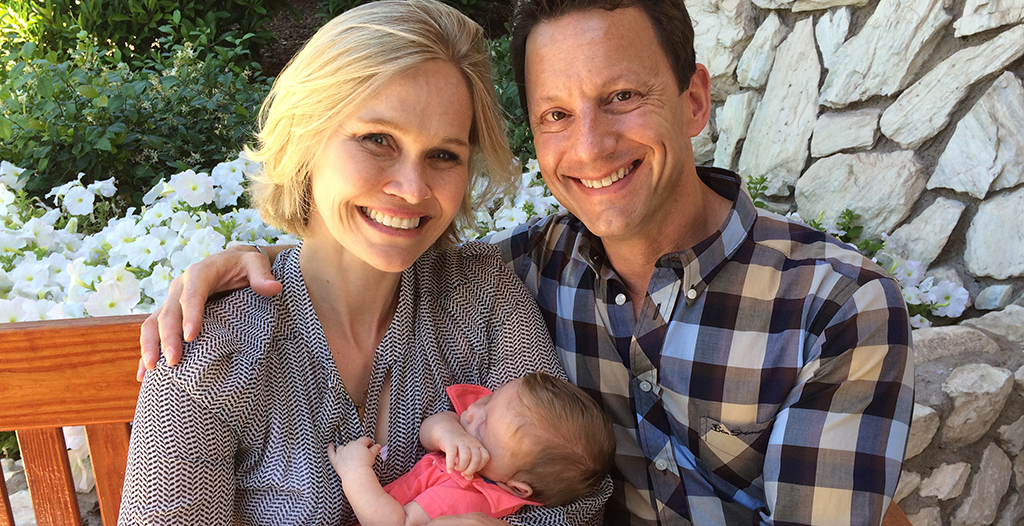 Posted at 15:18h in Our Families by RMHC

On February 24, 2015, what had been an extremely healthy pregnancy for Lindsey, a Type 1 Diabetic since age 7, took a sudden turn. During a routine fetal non-stress test, we discovered that Lindsey’s blood pressure had skyrocketed. What was initially thought to be prenatal hypertension turned out to be a rapidly escalating case of preeclampsia, a medical situation that threatened both Lindsey’s and the baby’s life. The only way to “cure” preeclampsia and ensure the mother’s safety is to deliver the baby.

Three days later, on February 27th, Lindsey was life-flighted from our home in Ketchum to St. Luke’s in Boise. Only 33-1/2 weeks into her pregnancy, the baby was nowhere near ready to come into this world. The next day, February 28th, our son, Jack, was delivered via an unplanned C-section and quickly moved to the NICU. Thus began our family’s 40- day journey with Jack in the NICU.

As Lindsey was recovering in the hospital, the NICU social worker brought up the possibility of us being able to stay at the Ronald McDonald House (RMH), just a block and a half away from our newly born, premature son. We had no idea how long Jack would need to stay in the NICU, but we did know that it was extremely important to us, and for him, that we be with him as much as we possibly could. Jack was born with neurological and physiological deficits that impacted his ability to coordinate his sucking, swallowing and breathing functions, which affected his ability to eat. His inability to coordinate these functions and eat required that he have a nasogastric (NG) tube, through which he could receive his nutrients. Jack also initially required a CPAP to help him breathe and, as is typical of a newborn of a diabetic mother, also required glucose to regulate his blood sugar. In addition to all of that, Jack’s prematurity also caused him to have apneic episodes and bradycardia spells, which required constant monitoring and occasional intervention to make sure he was continuing to breathe.

We were very fortunate that upon Lindsey’s discharge from the hospital, a room had become available at the RMH. We were both vaguely familiar with the RMH, and knew that it served to help hospitalized children and their families. However, we really didn’t understand how important a role the RMH plays in the lives of the families that are fortunate enough to receive their services. The fact that our home was more than a 2-1/2 hour drive from the hospital, but that we were able to stay at RMH, a mere five minute walk from the NICU, was very important to all of us. Staying at RMH allowed us to spend as much time as possible with Jack most days, from 8am to midnight. As important as it was to be close to Jack, it was equally important to have a place where we could rest, and still have the comforts of home. At RMH, we had the camaraderie of other families who were going through their own challenges regarding their children’s health, as well as the support of the extremely compassionate RMH staff
and volunteers. Most nights at the RMH volunteers prepared dinners and some days lunch too. The refrigerator was fully stocked and delicious home baked goods were always on the counter. There were laundry facilities and supplies, which were greatly appreciated since we had very little clothing with us – and no knowledge that we would be spending 40 days in Boise waiting for it to be safe to take our little guy home.

Although the situation we were in was incredibly stressful, staying at the RMH made a difficult, scary, and challenging situation a bit easier to get through – all for a suggested fee of only $10 per night. The fact that we would not have been turned away even if we had not been able to pay is incredible. If not for the RMH we would have had to attempt to arrange lodging with friends that live in Boise, all of whom are at least 20 minutes or more from the downtown NICU – a situation that would have certainly impacted our ability to spend as much time as we did with Jack.

Jack’s entry into this world, and our lives, started in a manner that was more unanticipated, stressful and scary than we could ever have imagined it would be. But, with the excellent care of the St. Luke’s medical staff, the love of family and friends, and the presence of the RMH and its wonderful staff and volunteers, we made it through those times in the best way that we could. We are more grateful than words can express.

We brought Jack home on April 8, 2015. After spending 40 days under fluorescent lights, breathing recirculated air and being tethered to medical equipment, Jack was free! We drove home with our little miracle, introduced him to his “brother” Neko, our 95lb Malamute, and begin the process of settling in. Jack turned 5 months old on July 28th. Although we still face challenges with Jack’s eating, he is healthy and doing well. Every day that passes finds him bigger and stronger than the day before. He has an electric smile that brightens the lives of all that see it, and has started “talking” about anything and everything that crosses his mind. He is a beautiful, alert, happy and strong little baby boy. And, although we are currently in a perpetual state of exhaustion, and our home is in complete disarray, our lives are fuller, richer, and more joyful than we are able to truly communicate.

When we look back on where and how this journey with Jack began, and consider where we are now, the ability to describe the distance that has been covered is lost. The only way to begin briefly communicating what we went through is to summarily note the milestones that we passed along the way. Our stay at the RMH was one of those milestones, and one of the many things for which we are grateful.