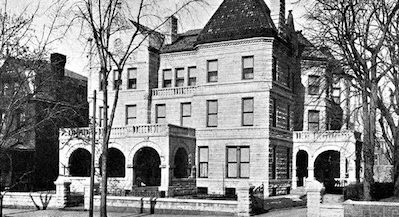 06 Dec How the RMHC Started

Posted at 15:12h in Uncategorized by Taylor Munson

In Philadelphia during 1974, an unlikely partnership formed between an NFL team, a children’s hospital, and a restaurant chain, providing the foundation with an opportunity to create the first “home away from home” for families of seriously ill and traumatically injured children. The group’s mission was simple: to create a place where parents of sick children could gain respite and be with others who understood their situation and could provide emotional support.

This simple mission would grow into an international phenomenon known now as the Ronald McDonald House Charities (RMHC). The catalyst for this partnership began when Kim Hill, the three-year-old daughter of Philadelphia Eagles tight end Fred Hill, was diagnosed with Leukemia. Like other parents and families in similar situations, Hill and his wife never left Kim’s hospital bedside, sleeping on hospital chairs and benches and eating food from vending machines. The Hills witnessed other parents doing the same, and learned that many families had traveled great distances to bring their sick children to the medical facility, burdened with the cost of comfortable living during their frequent treatment visits. The Hills believed that there was a “happy medium” solution. Hill returned to his Eagle teammates and rallied monetary support to help families who endured the same emotional and financial hardships.

Through the Philadelphia Eagle’s general manager, Jim Murray, the team offered its support to Dr. Audrey Evans – head of the pediatric oncology unit at Children’s Hospital of Philadelphia (CHOP). Sharing the same concern for families who endured long stays in uncomfortable hospital wards, Dr. Evans dreamed of a house that would serve as temporary residence for families of children being treated at CHOP. This dream paved the way for the first ever Ronald McDonald House. The Eagles recruited more help from McDonald’s Restaurants to raise money for the first House, and in 1974, it opened bearing the name of McDonald’s iconic clown, Ronald McDonald.

The vision was successful from the start. By 1979, 10 more Ronald McDonald Houses opened. In the following decade, 113 Houses were founded in communities across the United States with the same vision of families banding together with other families in need of comfort and support during a difficult time. Currently, there are more than 350 Ronald McDonald House programs in 42 countries and regions worldwide. All are sustained through local donations and each House has its own local Board of Directors and is responsible for .